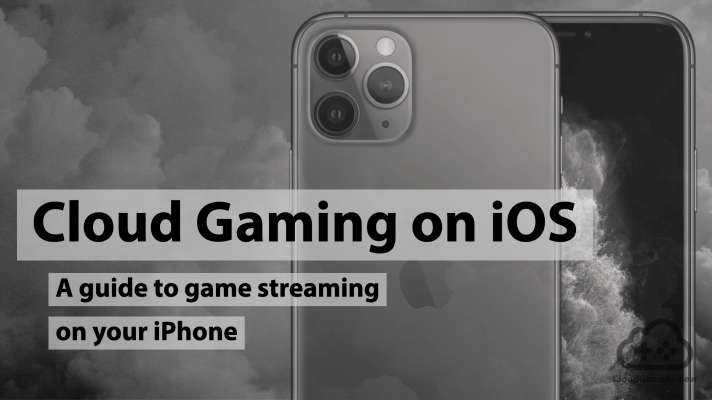 Apple has made recent news for policies on game streaming on their devices, slowing Microsoft’s Game Streaming through Xbox Game Pass Ultimate (formerly Project xCloud) and Google Stadia. That said, cloud gaming is possible on iPhones and iPads and will undoubtedly grow in access in the coming months and years.

Amazon’s entry into the cloud gaming ecosystem, Amazon Luna, is the first cloud gaming service (Shadow PC is not solely dedicated to cloud gaming) to announce the ability to run on iOS and iPadOS through a progressive web app in its Early Access program.

Visit Amazon Luna to request an invite to its Early Access program here.

You must use a gamepad that is compatible with iOS in order to take advantage of this approach, which includes Xbox, Dualshock 4, and Made For iPhone (MFi) controllers.

Stadia allows you to purchase games on the platform and play without a monthly subscription at no additional cost. Alternatively, Stadia offers a paid subscription which offers a rotating library of claimable games and improved streaming quality.

Learn more about getting started with Stadia here.

Apple supports the Shadow PC app (App Store), which allows for the full scope of Shadow PC’s PC-as-a-Service platform. Shadow PC allows you to install and launch virtually any game you can install on Windows 10, with some exceptions for games not supported in a virtual environment.

Learn more about signing up and using Shadow PC on your iPhone or iPad here.

Future of Cloud Gaming on iOS and iPadOS

Apple has pivoted to a more advanced mobile game platform in recent years with the launch of Apple Arcade. Apple has recently enforced the requirement of individual game submission to the App Store (Verge).

Amazon Luna’s recent announcement to have compatibility with iOS via its web app is a game changer for non-Apple iOS gaming. Check back here for updates for developments in cloud gaming on iPhones and iPads.

Getting Started with Shadow PC

Getting Started with Nvidia GeForce Now

Do I Own My Games? A Guide to Game Streaming Libraries

Getting Started with Cloud Gaming